Is Donald Trump the Beast? 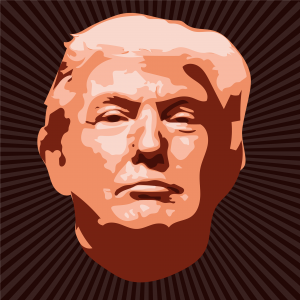 The other day I got an email from a friend who was passing along a question from someone saying that Trump is the beast from the Book of Revelation. Our lack of understanding about end time events and characters would be amazing except for the fact that it is the product of 100 years of very poor scriptural teaching on the matter.

Most of what we believe about the Book of Revelation is a combination of sensationalistic teaching combined with scriptural ignorance.

But one of the consistent causes of misunderstanding comes from an attempt to make current events align with some portion of Scripture. I want to give you a short overview that will help you avoid the confusion and fear caused by sensationalists.

Just before the death of Mussolini, a well-known American Christian writer published a book identifying Mussolini as the antichrist. The publisher was so sure this would be a bestseller that thousands of books were printed and ready to ship when Mussolini was assassinated. It is a scriptural impossibility for Mussolini to be the antichrist or Trump to be the beast. The Bible tells us the identity of the beast. Anyone who would come up with that idea clearly doesn’t know biblical prophecy, biblical history or have a clear understanding of Scripture.

The beast is Lucifer, who expresses himself through seven nations and ten kings and ultimately the antichrist! The beast is ridden, i.e. controlled by the great harlot. The harlot controls the beast until the beast and the nations it controls finally destroy her, causing worldwide economic disaster (Revelation 17).

The Church has never understood the difference between the beast, the ten kings, the antichrist and the harlot.

The harlot and the antichrist are two different entities. One of the reasons people are so confused about the sequence of end time events is because they combine the events connected to the harlot as being the same as those connected to the beast. Even more confusing is the fact that most teachers about end time events confused the battle when Jesus returns to establish His kingdom here on earth that begins the thousand year reign and the battle that takes place after the millennium.

The harlot is most likely what we know as the New World Order: the Western nation driven by greed and the lust for power. Revelation 17 clearly connects its fall to the destruction of the world economy. We know that the philosophies of those who desire a One-World Government are the very people who are importing Muslims into the Western countries, seeking to cause chaos and violence that will cause the people of the West to turn to the government who will promise protection in exchange for the surrender of more personal freedoms.

The harlot, according to Revelation 17, is controlling the beast. She is actually giving rise to his power.

The New World Order is using the Islamic terrorism which comes from the Seven Nations and the ten kings on the head of the beast. They are using them to eradicate the world of Judaism and Christianity. The New World Order seeks to eradicate all knowledge of God and His Commandments from Planet Earth. This is what is giving rise to lawlessness, or what the Bible calls iniquity, all around the world. In a world devoid of God’s morals, values, and ethics, it is easy to overthrow the nations. Once they lose their connection and confidence with God, they will be offered the false hope of a Utopian society based on secular humanism.

But at some point, even though they are using the beast to accomplish their destruction, the beast gets powerful enough to destroy the harlot, which clearly means these antichrist nations which are from the Middle East will overthrow the New World Order that has been financing them, getting them into all the nations of the world and passing laws to give them power and protection.

Theologians have extrapolated: that which holds the beast, i.e. that which holds and prevents the rise of the antichrist is the Holy Spirit or the Church. But nowhere does the Bible say that. Revelation 17 clearly shows us that the harlot rides the beast; therefore, it is a harlot that is actually holding the beast back.

The beast, which is embodied in the Seven Nations and the ten kings, is that which was, which is not, and which comes back again from the dead. The Bible very clearly reveals in Daniel and Revelation that the beast is comprised of all of the nations that ever dominated Israel, combined for one purpose: the annihilation of God’s people!

The beast came to power as the first Islamic caliphate (the Ottoman Empire) when they conquered the Eastern Roman Empire. They attempted to overthrow all of Europe and wipe out Judaism and Christianity but were finally stopped by the Crusades. That caliphate was destroyed, i.e. died, so it was no more for a period of time. The goal of Islam today is to form another caliphate: one Islamic spiritual/political leader who leads all Muslims worldwide. It is the caliphate coming back together that comprises the Antichrist Nations and their leaders which gives rise to the antichrist, the man of lawlessness.

The Bible is very clear in the Book of Daniel that the antichrist comes from the region of old Syria which now includes Syria, part of Turkey and a couple of the other Arab Nations. He will be an Islamic leader who becomes the leader of all Muslims worldwide. He will call for all Muslims, no matter where they are in the world, to go to jihad and begin killing anyone who doesn’t convert to Islam and join their cause, including any Muslims who will not join their holy war.

The false prophet will be an Islamic impersonator of Christ. He will work lying signs and wonders. He will declare that he is the original Jesus saying he never claimed to be the Son of God. He will say that was a lie manufactured by the Jews and Christians. He is the false prophet that will lead many Jews astray. He will point people to the Caliph as the true Messiah.

It is important that we remember the Book of Revelation is a revelation of Jesus and His triumphant return. The Bible is very clear that when the man of sin, the antichrist, rises to power we can be overcomers: those who triumph over him!

All of these and the hundreds of other prophecies about the rise of the antichrist serve to do at least two things: Warn of what is coming so we will not be taken by surprise. But they also serve to remind us, the same God who foresaw these things also foresaw and promised a triumphant return of our Lord, totally annihilating the antichrist and his armies, establishing His Kingdom on earth for 1000 years where we will rule and reign with Him.

There is so much pop theology about the end times that is so unscriptural. The result is people becoming confused and fearful instead of encouraged and faith-filled!

There will be many surprises as we move toward the end and there will be many twists and turns. But if you have an understanding of the basics, none of these things will move you, plus you will never be deceived!

If you want to understand how the world got here, what’s coming next and what Jesus said you can do to prepare to be an overcomer check out my book, Apocalypse: A Spiritual Guide to the Second Coming. You can pass the time away in fear and dread or you can know exactly what to do to be prepared for anything that happens.