I just can’t seem to get past the feeling that God is always disappointed with me! 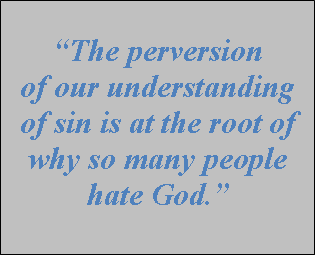 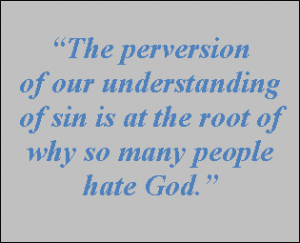 The perversion of our understanding of sin is at the root of why so many people hate God. Religionists misrepresent God as angry and vengeful, which keeps people in absolute fear. Then they present sin as any infraction of God’s rules. The “death blow” comes by convincing you that every pain, problem or suffering in your life is God’s punishment for your sin. Although this is the most popularly held concept of God and sin, not one word of it is completely true; in fact, this is in stark contradiction to the finished work of Jesus!

In Romans 6:23 Paul warned believers, the wages of sin is death. The “wages” are what one buys or purchases. Sin, which always begins as a belief, has the capacity to purchase only one thing: death. It isn’t God pouring death and pain on us; it’s us making a transaction. Sin kills! An example of this is a parent saying to his child, “If you drink that poison it will make you sick and possibly kill you.” The parent doesn’t make the child sick as a means of punishment for drinking the poison. No! The poison makes the child sick. The parent warned the child, attempting to deliver them from a consequence that the child was incapable of understanding. But the parent didn’t make the child sick. In my series, Freedom from Emotional Debt, I will help you free yourself from the destructive lies religion has told you about God!

Sin is conceived in a heart that doesn’t trust God’s love, mercy and forgiveness. This heart of unbelief then projects its criticism back toward itself and presumes these criticisms are from God. This week in Impact CyberChurch you will discover how these religious, unscriptural beliefs result in Emotional Suicide, and you’ll learn what you can do about it!

What’s So Good About the Gospel? 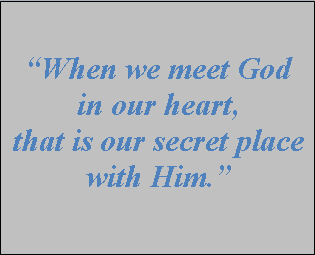 What is the secret place of God? 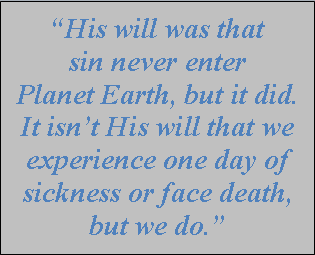 If God is so good why does He allow us to struggle?