On The FBI Radar But Still Bought A Gun 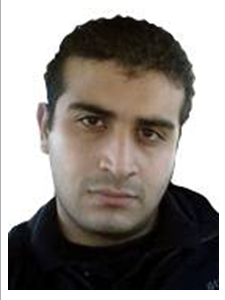 Right now our lawmakers are discussing how they will take away our 2nd Amendment right to “keep and bear arms” for self-protection. They’re calling it a “ban on assault weapons” or some other reasonable-sounding argument but, be assured, the elitists on both sides of the aisle want it to be impossible for you to defend yourself! That will have to happen before they can take away the rest of our rights as a free nation!

You would think that no one on the terror watchlist should be able to buy a gun, and in the absence of dishonest politicians that would be a fair assumption; but what no one is telling you is there have been over 800,000 Americans on the terror watchlist. Here are some actions that can get you on that list: being a veteran, supporting the Tea Party, being pro-life, being a Christian, buying bulk food… in other words, everything elitists oppose is on the terror watchlist, but being Muslim with a history of making threats against Americans in the name of Islam is not!

The Administration tells you to report anything suspicious, but it also tells you they will arrest you if you do anything that is offensive to a Muslim. The FBI is restricted in what it can do when investigating a Muslim, but they have free reign to investigate Christians and conservatives.

We forget one really important factor when attempting to make sense of the governmental insanity concerning Islam. In reference to Arab and Pakistani immigrants in America, Barack Hussein Obama wrote in his book, The Audacity of Hope, “I will stand with them should the political winds shift in an ugly direction.” He has made his loyalty to Islam known in America and around the world,but, most importantly, in his policies!

We have a president, a media and an entire leftist think tank who vilify Christians saying they are more violent than ISIS. They falsely condemn Christians for the Crusades, they completely rewrite the entire history of Islam and they ignore the Islamic law that requires jihad!

A dear friend and pastor called me recently and said, “After the Orlando shooting I have felt apathetic and I don’t understand or like this feeling.” After closer examination, what he really felt was hopelessness. He felt that given the global threat, corruption in government and the obvious intention to overrun our country with unvetted potential terrorists there’s nothing I can do! But there is! Don’t let this happen to you!

The Bible said these days would come and it would be the darkest period in all of history. It clearly and repeatedly states that people from the Middle East would declare war on the entire world with the primary goal of destroying Jews and Christians. It warns they will behead and torture those who refuse to convert to their pagan religion. It’s here now; it’s worse than the media or the government is admitting and it will get even worse. Are you ready to face and overcome in a world full of darkness and evil?

Jesus taught us how to prepare ourselves and our families to face these times without losing heart, without being overcome by the circumstance and without giving up our faith. At this point I have one primary goal: teach believers how to be overcomers in the darkest period of world history.

If you want to know what actions Jesus advised to prepare yourself and others, order my latest book, Apocalypse: A Spiritual Guide to the Second Coming. Click here!