The Deception of Democracy 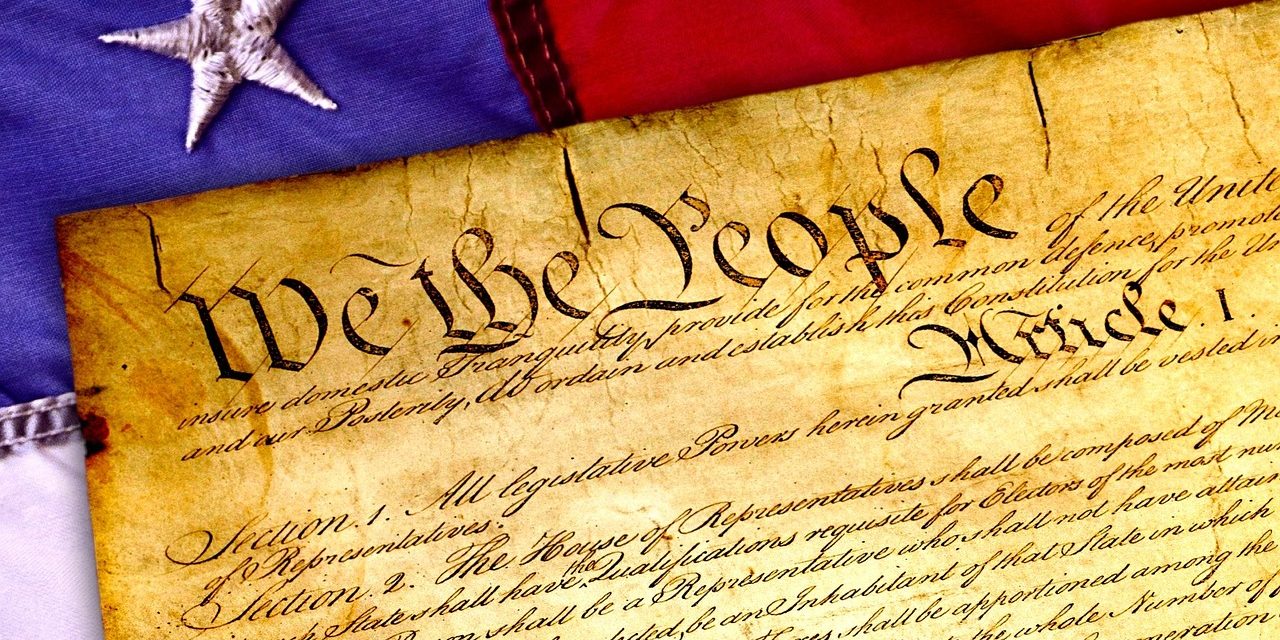 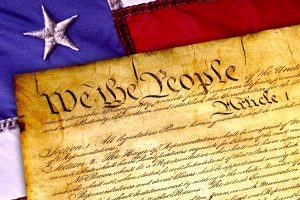 Politicians, the media, the man on the street and even many pulpits talk about democracy like it is the solution to all the ails of America and the world; yet, the facts say, the more we promote democracy, the more rebellion and anarchy increases. The democratic process is important, but we’ve got it all wrong about pure democracy.

For years we have been led to believe America is a democracy which, as subtle as it seems, brings about a paradigm shift in the role of government and responsible citizenship. Vladimir Lenin, responsible for the death of millions of Europeans, taught “A lie told enough times becomes the truth.” This is a Luciferian tactic employed by choice or ignorance by many. For years certain groups, starting with Communists, then Democrats, the media, college graduates who have been taught a corrupt version of American government and now many Republicans routinely call America a democracy: the lie has been repeated so many times it is assumed to be the truth!

When one comes to believe America is a democracy they believe the feelings and preferences of populace should be the legal standard.

Over the years corrupt judges and politicians have allowed pornography, substance abuse, rioting in the streets and dozens of other destructive activities to grow, free of arrest or prosecution. In general, when people get by with anything long enough they begin to feel it is their right. But when people believe we are a democracy, they believe the rest of the country must accept their views simply because they are shouting the loudest.

In a nation where the majority rules and the majority are becoming more and more corrupt; moral, economic and civil collapse is inevitable!

In the last 40 years abortion has gone from being legalized to being a right the government should pay for with our tax dollars. In the last eight years sanctuary cities that not only defy federal law but give protection to murderous criminals, have gone from being the exception to being a right in the minds of those who believe we are a democracy. What was obviously pornography just a few years ago is being taught today as sex education. This tsunami of immorality and corruption has no end in a nation of ignorant lawbreakers who believe we are a democracy. Their wicked imagination becomes their rights, regardless of how it violates the rights of others. This is fueled by manipulative, corrupt politicians who purchase votes by selling immorality.

America is not a democracy, it is a Republic.

A Republic has a set of absolutes by which all legality is defined. We do have a democratic process for electing representation, but not even that is pure democracy. The leaders we elect vote on laws. These elected officials take an oath to preserve, protect and defend the Constitution; this is their first responsibility! Regardless of how humane or fair a law may seem, it must be congruent with the Constitution or struck down!

The humanistic Luciferian idealism would say putting the Constitution first is inhumane. But the Constitution is the bedrock of a civil and humane society that recognizes all men are created equal and all men have inalienable rights endowed by the Creator that cannot be revoked, neither by government nor the majority! The population wants legislation that benefits them, even if it destroys our nation. The politicians are more than willing to keep purchasing their votes with unconstitutional, redistribution of other people’s money!

Our founders knew that pure democracy would always implode into mob rule, which is where our country is at this moment because of the refusal of elected officials to keep their oath and their highest responsibility: the Constitution! When the mob rules, the mob is ruled by those with the money and the influence. Mob rule in America has now become the most common form of terrorism. We will destroy your property, vilify you, take away your rights or physically harm you if we don’t get what we want.

A violent, property-destroying riot is not a protest. Rioting is against the law. Inciting a riot, the work of agitators and community organizers, is against the law. But those laws have been set aside by liberal judges and politicians under the deception of democracy!

America is not defined by the people who live within its borders; America is an idea of freedom based on the belief in the Creator and His moral, ethical and civil standards. America is defined by the legal citizens who embrace the Constitution as our absolute basis for determining legality! 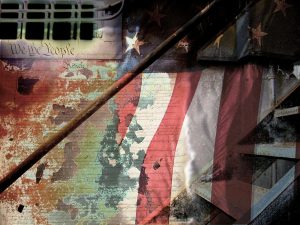 There is actually an ignored federal law requiring the Constitution be taught one day every year. All immigrants seeking citizenship should be taught the Constitution. Part of the standard for citizenship has always been assimilation: accepting our laws and culture, fitting in. Those who don’t accept and pledge an allegiance to our laws would never have been allowed citizenship when the laws were enforced. Every judge or politician in any branch of government should be impeached for promoting, passing or intentionally introducing legislation that violates our Constitution.

The deception of democracy is the idea that it makes all men equal. It doesn’t! Our founders clearly stated in the Bill of Rights that equality and freedom are inalienable rights bestowed by God NOT BY THE GOVERNMENT! It is, however, government’s responsibility to protect these rights!

Only when a nation honors God as the Creator and His laws as absolute will men be treated equally!

Our founders saw that democracies never produce equality. All democracies devolve into an oligarchy: a government wherein a small group exercise control, especially for corrupt and selfish purposes. The founders realized the people with the most money and control of the media would either: buy the loyalty of the people, seduce through propaganda, or have the means to force people to vote them into office! This is why we have an Electoral College. The founders realized that if we were a pure democracy a few states with the largest population would always control the national elections. Because of the population of New York and California, without the Electoral College, your vote would be meaningless if you were outside these states.

The promise of equality and every man having a voice, removed from godly morals and values, always descends in a power struggle where the most violent take control!

The promise of democracy and equality has given rise to Communism all around the world: Hitler, the Arab Spring, and nearly every other national rebellion in the 20th century. In the Arab Spring the influence of Islam was used to overthrow dictators across the Middle East only to replace them with harsh, oppressive, chauvinistic Sharia law. In the end, all of the countries affected by the Arab Spring became more brutal and dangerous to their own people and to the world. The people with the money and power stirred rebellion in the streets and then seized control!

Right now, those shouting in the streets carrying signs are the perfect example of mob rule in the guise of democracy. Sources have revealed that riots across America are financed and organized by special interest groups who seek the demise of our biblically-based constitutional freedom by those who will stand to gain trillions of dollars by controlling the election.

They don’t really want democracy, even though that’s their mantra!

If they wanted democracy they would honor the midterm elections and the presidential election, which was actually won by Trump in the popular vote. We know voter fraud is rampant in this country, which is supported by evidence! But as Joseph Stalin said, the people who cast the votes don’t decide an election, the people who count the votes do. Those who promise democracy but are willing to violate the rights of those with whom they disagree, never want democracy, they want control!

Even though there is little evidence that many of our founders were actually born-again believers, they all knew and openly declared that this Republic would only survive when people were self-governed by biblical morals, values and ethics. So the ultimate tragedy is: of all the people who should understand and uphold the republic, it should be Christians. But it seems there are fewer and fewer Christians who see God’s morals and ethics as absolute. The lawlessness in our country is a reflection of the lawlessness that is crippling the body of Christ. The rejection of the Constitution is a reflection of the believer’s rejection of the Word of God as absolute. After all, we, the Church, those who hold the values, ethics, morals and standards of God which is the basis of our Constitution, should be the salt of the earth. We should set the standard. We are the light in the darkness! We should show people the great value of being governed by absolute morals and values! Instead, we have rejected God’s Word only to replace it with Secular Humanism, the great Luciferian lie.

When we reject God’s morals, values, ethics and civil law, we are declaring ourselves wiser, fairer, more just and more righteous than God.

The Bible calls this iniquity, i.e. lawlessness! Lawlessness is the great deception that will bring about the downfall of the Western world facilitating the rise of the anti-Christ in the Middle East. We foolishly think our political preferences have nothing to do with our Christian beliefs, but there are few places that reveal our true beliefs as much as how we understand and relate to civil government. 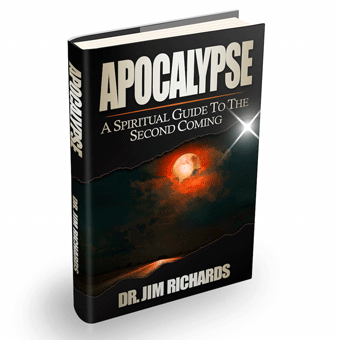 If you want to understand how the world got where it is today, how America got where we are, what’s coming next and how you can personally win regardless of what happens, CHECK OUT Apocalypse: A Spiritual Guide to the Second Coming!

Regardless of what happens in the world, the Bible promises that you can be an overcomer, i.e. someone who conquers instead of being conquered.