Did Ben Carson go too far? 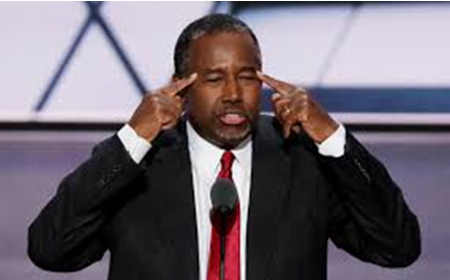 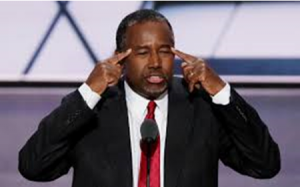 Immediately after his speech at the Republican Convention the pundits, critics and propagandists in the media said Ben Carson went too far in his remarks about Hillary Clinton, Saul Alinsky and Lucifer. For those who don’t understand or desire to keep secret the eternal struggle there’s no place for such references, but to those who know, this is the core of the struggle between the people and the elitists, and everyone should know!

Hillary Clinton wrote her senior thesis at Wellesley College on the Alinsky model. It’s hard to determine where Hillary really stands on Alinsky’s philosophies because both Alinsky and Progressives encourage hiding one’s true intentions and beliefs or openly lying if it fulfills their “high and lofty goals.”

Alinsky was a radical agitator from the 1930’s all the way until his death in 1972. He was raised as a strict Jew who rebelled and, based on his writings, turned his allegiance and admiration to Lucifer.

It’s hard for the average person to grasp the seriousness and widespread allegiance to Lucifer in our country. There are dozens of secret societies that are true Luciferians; plus, there’s no way to calculate how many philosophical, religious and political groups are dedicated to Luciferian doctrine.

Socialism and its resulting political correctness are built on the idea that God’s morals, values and standards have no place in modern society. They believe that Lucifer set man free from the tyranny of the Creator God by giving man knowledge. With this knowledge man can free himself from the burdens of godliness and find true happiness by breaking away from God and His Word and fulfilling his every desire. Alinsky once said if he had the choice between going to Heaven or Hell he would choose Hell!

His contempt for God and his philosophy of lawlessness is clearly expressed in the dedication of his book, Rules for Radicals. “Lest we forget an over-the-shoulder acknowledgment to the very first radical… the first radical known to man who rebelled against the establishment and did it so effectively that he at least won his own kingdom – Lucifer.”

People like Alinsky and George Soros (another mentor to the Clintons and Obamas) are fully-committed to creating a world without God. In fact, any politician or private citizen promoting the New World Order (i.e., a one world government) is either a Luciferian or someone who has rejected God’s standards and embraced the Luciferian ideology!

The real goal and basis for the worldwide struggle is either a world without God, fully given to lawlessness and perversion, or a world where morality, ethics and love is defined by God will rule.

The world has moved so far away from God’s truth that it no longer has the basic morals necessary to avoid self-annihilation! Our founders (even though most weren’t Christians) still believed in the morals and even the civil law of the Bible. They were very clear that without God’s Word as the basis for morality and character the Republic could not survive. Those who seek to end your dedication to God know this and have worked diligently for the last sixty years to rid America of every mention of God. They must demoralize America to overthrow it!

Did Dr. Carson go too far? No! Someone must point out the true struggle that’s occurring in America and the world. If you desire to understand how you can face what’s happening in the world and still live as an overcomer get your copy of Apocalypse: A Spiritual Guide to the Second Coming by clicking here! You’ll understand the eternal struggle and what you can do about it. We can’t win this battle by doing what the Church has done; we must learn what Jesus said to do and let that be our strategy for a better world!