Stop Bashing God’s Word in the Name of Grace 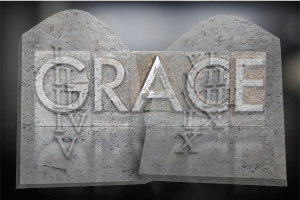 My heart is so grieved by the many people who intended to promote grace but actually promote lawlessness. Posts that malign the Old Testament and God’s commandments reflect a fundamental misunderstanding of both God and the Old Testament. God never wanted man to relate to Him by works; He has always wanted man to relate to Him by faith (trust). He has always wanted obedience to be the fruit of love and trust. He never said the law would make us righteous; in fact, the law was never designed to make us righteous.

Jesus brought us grace and truth (John 1:17). Truth is not new information; it is the same information applied from God’s original intention, which is always love. Religious men who had never seen God perverted God’s intention behind His commands. Men with religious hearts turned what God intended as an expression of love into dead, religious works. Jesus had not only seen God, He was God (John 1:1; 1:18); He was the only One qualified to show us what God’s Word would have looked like if it had been applied from its original intention. Thus, He became the Word made flesh (John 1:14). The Word He became and modeled was all that God had said in the Old Testament, it wasn’t a different Word (John 14:10).

Jesus made it clear (Matthew 5:17) that He did not come to destroy the law or the prophets but to fulfill them (bring them to their full expression and intention). If one word God ever spoke is done away with or if God changed between the covenants then He is not God because God does not change. His Word is eternal. In fact, the concept of the “logos” represents the Word that came from God’s heart and the fact that every word He spoke is congruent with and dependent upon every Word He has ever spoken. It is one thing to admit we may not understand something God said or we may not know how to apply it, but to reject God’s Word is to make Him a liar! To judge God’s Word is to judge God (James 4:11-12).

I understand and appreciate the positive aspect of the New Covenant that people are attempting to express; but if we intentionally or unintentionally devalue any aspect of God’s Word we lead people into lawlessness (iniquity, i.e. no law). I doubt this is the intention of those who defame God’s Word, but it is the result. Maybe instead of attacking the law (which is the same as attacking God) it would be more effective to point out that when we walk in love we actually fulfill or bring the commandments to their full and original intention.

The goal is not to live under law or become a legalist; the goal is to walk in God’s love which is defined in His commandments. The goal is to honor and trust God’s Word. If our version of love is not based on how God taught us to treat one another (the commandments) it is Humanism and lawlessness! If the law and commandments were so bad, God would not have written them and all they imply on our heart at the new birth (Hebrews 8:10-11)!

If you would like to see people stop bashing God’s Word in the name of grace share this with your friends!