I’m struggling with some instability and some of my friends say I might need deliverance! 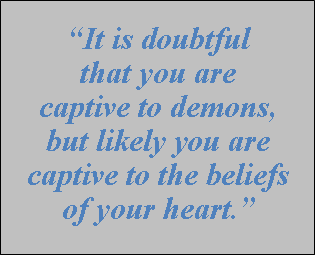 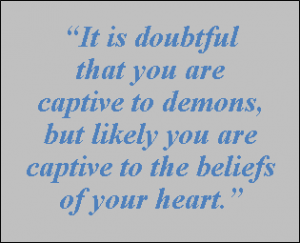 I know Jesus cast out demons. I have traveled all around the world and have taken hundreds of people through deliverance. But much of what happens in America in the name of deliverance is not biblically-based. We have absolutely no record anywhere in the New Testament of any believer being taken through deliverance. All sin and all destructive behavior was addressed as a belief problem.

Most of the dysfunctional and self-sabotaging believers that I have helped had a few things in common: They usually had unresolved hurt from the past, they had no sense of their new identity in Christ and, last but not least, they had no idea how to influence their heart. In my series Freedom from Emotional Debt I will give you biblical tools and exercises that make it possible for you to connect to Christ’s finished work.