I know Jesus came so I could have the abundant life, I just don’t know what to do to get it! 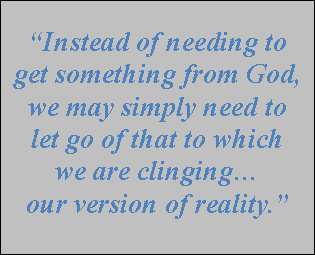 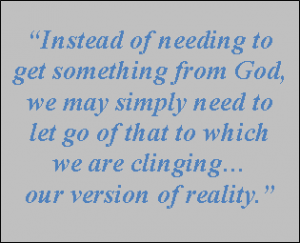 One of the greatest paradoxes of reality is that we have already been given all things for life and godliness in Christ. But just because something has been given doesn’t mean we have received it. The word “receive” means to “take hold of and bring to one’s self.” It’s like having money in the bank but not cashing the check so you actually have cash you can spend!

It may be that we have reversed our concept of receiving from God. Instead of needing to get something from God, we may simply need to let go of that to which we are clinging… our version of reality. In my new series, Freedom from Emotional Debt, I give you tools to let go of that which is keeping you from taking hold of the promises of God.

The Parable of the Sower teaches us that we must remove that which chokes out God’s truth if we want it to grow in our heart and produce a crop. It’s the pain of the past that chokes the Word. It’s the pain of the past that we don’t know how to send away that prevents us from enjoying life at its best. Releasing that which chokes out God’s Word is a simple process that facilitates the abundant life. Join me now in Impact CyberChurch for, Spiritual Healing for PTSD, and learn to let go of that which is killing you.