I just want to be in the will of God! 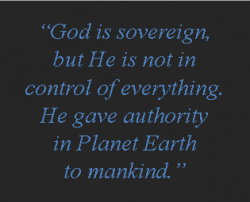 Being in the will of God is an important factor but, like nearly every other aspect of our faith, it is a concept that was twisted by the early Religionists that reshaped and perverted the New Covenant. Until the state church was formed by Rome the apostles’ doctrine, based on the teachings of Jesus, was the basis of church doctrine, but the birth of a universal church brought the incorporation of many occult doctrines.

In pagan religions the gods controlled everything; therefore, the people were fatalists: whatever the gods will, that’s what is going to happen. This gave birth to an occult version of sovereignty which is proclaimed from most of the pulpits in the world! God is sovereign but He is not in control of everything. He gave authority in Planet Earth to mankind.  He gave us His truth so we would know how to walk in love and then He told us the benefits of walking in love, but left it to us to make the choice.

For most of the past 2000 years man has rejected God’s version of love, walked in his own ways and, when things went wrong, blamed God. To further justify their self-imposed confusion man acted as if the will of God was some mystery.  The average believer wastes most of their life attempting to find this illusive “will of God” rather than simply choosing God’s will. In my new series The Supernatural Power of Making Decisions your confusion about the will of God will finally end. 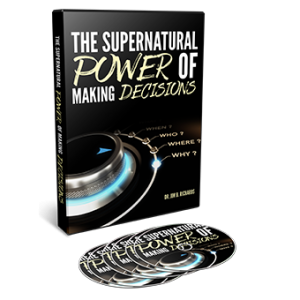