Why We Don’t Prepare for the End Times: Part 1 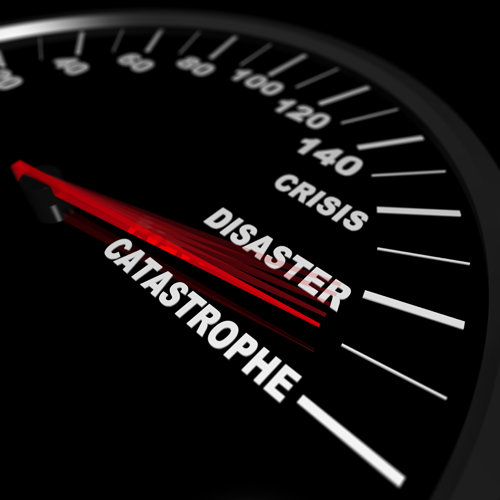 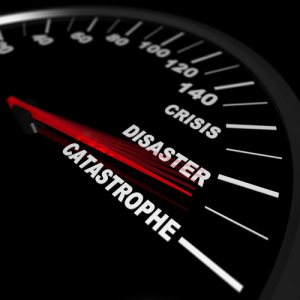 Jesus warns that many believers (people with oil in their lamp) will not be ready for His return. Legalistic, judgmental people have tried to make you feel that it would be your inadequacies, but the answer may be simpler than you realize. Time after time, biblical history has recorded people who didn’t respond well to warnings God gave them about the future. This inability to respond in faith and follow God to safety is what usually brought about their self-destruction. It is as if they thought listening and obeying was what would make it come true, so they did what people are so good at: denial! They thought, “If we deny this reality it will not happen!”

When Judah was going into captivity God warned them of the impending disaster. He even gave them instructions for survival. But these people were not able or willing to trust and follow God into the place of safety. They began to prophesy protection and deliverance. They assumed because they spoke in God’s name and believed in His power they were right, but nothing could have been further from the truth! Their denial caused them to be unprepared, subsequently they made all the wrong moves.

This not only occurred repeatedly in the Bible, it has continued in history right up unto this very day! People do not want to see what they fear, what they are not prepared for which disrupts their way of life. People specifically do not want to see that which is overwhelming. One of the most obvious places where this was demonstrated was in pre-Nazi Germany. During ascent to power Hitler made his feelings and intentions concerning Jews public. It was part of his political platform. He stirred racism and hatred toward Jews. Ironically, only a few hundred thousand Jews fled Germany before he implemented his diabolical plans. This refusal to accept and prepare for the obvious future cost millions of Jews their lives. Why? The Normalcy Bias!

Wikipedia says, “The normalcy bias, or normality bias, refers to a mental state people enter when facing a disaster. It causes people to underestimate both the possibility of a disaster occurring and its possible effects. This may results in situations where people fail to adequately prepare for a disaster…”

Right now world events are unfolding that, true to Jesus’ warning, will cause men’s hearts to fail them for fear.

Believers have closed their eyes; probably because the truth is so overwhelming it seems impossible to face. We are surely in what the Bible calls the beginning of sorrows with the likelihood of the rise of the antichrist being a feasible reality within just a few years! “It just can’t be! These things can’t happen, especially in America. We’re a Christian nation! After all, every generation has believed Jesus would return in their lifetime!” And so the reasoning of those who are driven by fear!

In Jesus’ parables He taught much about the need to keep an expectant attitude of His return. Many see this as delusional thinking, considering it has been 2000 years since He left. But I think His emphasis was on the expectant attitude more than the belief that He would return during any particular generation. People who keep an attitude of expectancy have a tendency to govern their lives from more of a Kingdom perspective! They have hope! They have peace! They manage their lives more responsibly! This warning seems to represent the current attitude of believers and non-believers: scoffers will come in the last days, walking according to their own lusts, and saying, “Where is the promise of His coming? For since the fathers fell asleep, all things continue as they were from the beginning of creation (2 Peter 3:3-4). This logic emerges partially from the fact that we just don’t want it to be true. We don’t know how to prepare for such cataclysmic events! Traditional teaching about end times leaves us uncertain and hopeless!

But the truth is, if we are willing to take our heads out of the sand and experience God’s power we will discover strength to face anything! There is one reality we must always remember, Where sin abounds, grace does much more abound (Rom. 5:20). This Scripture is meaningless and utterly useless in facing difficulty if:

Remember, the heart of sin is to feel, believe, or experience yourself as less than you really are. Those thoughts, feelings, and beliefs lead to inferior, inadequate, destructive choices and behavior! When you miss the mark in your beliefs, especially self-perception, you miss the mark in your behavior. Thus the reality: the wages of sin is death (Rom. 6:23). This was Paul’s warning to believers who were twisting the meaning of grace!

Why are definitions so important? Everything God has ever done has been through words. Words represent truth, i.e. reality. Faith is when we hear, understand, and trust the reality of those words and the character of the One who spoke them! If we do not properly interpret and understand the words our faith is in vain. Wrong definitions cause us to trust and hope in something that is not in the Bible… God never said it… it is not the truth! Grace, which is God’s power, ability, strength, and capacity that works through your heart and comes by unmerited favor, is only manifested in response to our trust of God’s truth. If what we believe is not true grace does not manifest.

As momentum in the pop theology of grace emerges it gets further and further from the truth of God’s true grace. It has become some entangled, nebulous mixture of mercy, graciousness, love, forgiveness, and some vague state of being where everything is alright no matter what we think, believe, or do! When you leave the place of grace as the power of the Holy Spirit working in you, you actually become disempowered. You have done to yourself exactly what legalism did: you limit yourself to your own power!

The reason we enter the normalcy bias is actually pretty simple: if we are facing an obstacle that is perceived as being more than we can handle we shift into “fight or flight” and our flight turns into denial! It’s interesting to note a UN study done years ago, as the leaders of the world planned for a One World Government they were concerned that if there was peace in the world, governments would not be able to control and manipulate their populations. So they proposed a plan to keep populations overwhelmed by creating pandemics, threats of alien invasion, starvation (global warming), and war, just to name a few. They need people overwhelmed so they will place their hope in the government! (Click Here to read Part 2) 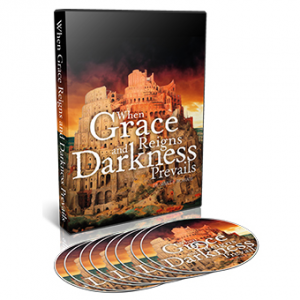 This article is based on the series When Grace Reigns and Darkness Prevails. This six CD message will give you a more realistic look at what is happening in America and the world than you may have ever heard. It will also give you more hope and confidence in Christ in you! Instead of closing your ears out of fear, you will have ears to hear! You will equip yourself and be ready to walk with Jesus in bold confidence. Click here or on the album image to learn more.

Why We Don’t Prepare for the End Times: Part 2 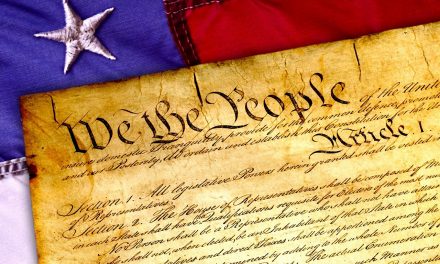 The Deception of Democracy

How to Stop School Violence