Ezekiel 28:17 explains the process whereby Lucifer deceived himself, fell from Heaven, and created a rebellion that some scholars say influenced one third of the angels against God. The KJV says, Thine heart was lifted up because of thy beauty, thou hast corrupted thy wisdom by reason of thy brightness.

Lucifer’s process isn’t all that hard to understand; it’s called extrapolation. Here is Encarta Dictionary’s definition of extrapolation: “to use known facts as the starting point from which to draw inferences or conclusions about something unknown.” In Scripture it’s best understood as a carnal mind that follows a carnal logic. The KJV reveals Lucifer’s diabolical process of extrapolation when it says by the reason of your brightness.

That word “reason,” according to a reliable language source, is talking about a process of reasoning that begins with a reality and builds beyond reality. It would be like starting with a truth and ending with a lie because of the faulty factors used in your reasoning process. I know that by now you’re already identifying how many times you see this in daily life. It seems that hardly anyone can tell a story that’s based on facts; it’s usually facts interpreted and repeated in a way that supports our predetermined ideas.

Our entire society is caught up in the works of the devil and doesn’t even know it. You see it in the news media, the way people tell stories, the church house, and the White House. This great deception is so deadly because people aren’t doing incredibly evil things, but they’re using an incredibly evil and deceitful process. The most powerful thing about extrapolation is that it’s a lie you can comfortably tell and soon believe yourself. In other words, it’s a comfortable path to self-deception. It has enough truth to justify the lie!

Lucifer started with a wonderful truth and ended with a hideous lie! The truth is Lucifer did have incredible splendor, but as a created being he should have honored God with thankfulness; instead he worshiped the creation rather than the Creator. It was the same process he used to seduce Adam when he disobeyed God in the Garden and it’s still one of the most common destructive tools used by those who walk the crooked path of self-deception.

It’s largely common among those who have been most blessed. When people think they’ve built their ministry by their own skill and wisdom, when we think we’re exceptional to God just because we are used to do something special, when we think we’re entitled to unique privileges or when we think we can rule over others because of how God has used us, we’re starting with a truth about how God has used us and reaching a destructive lie. In 1 Tim. 3:6-7 Paul warns about novices in ministry having this same weakness: not a novice, lest being puffed up with pride he fall into the same condemnation as the devil. Moreover he must have a good testimony among those who are outside, lest he fall into reproach and the snare of the devil. The more immature the believer, the more susceptible he is to this deception. The lower the self worth, the more a person deliberately uses this process.

Doctrinally there are many places that I see extrapolation in the body of Christ. Let’s look at a few:

There’s no more prevalent use of extrapolation than in works righteousness. Works righteousness makes so much sense to the carnal mind. The idea of the finished work of Jesus making me righteous is just too good to be true. It’s the stumbling stone of the Gospel. In fact, it is so good, it is called the Gospel.

There are many errors that war for our affection. They usually start with a truth but they’re built on a faulty logic that ultimately takes us away from the truth. The greatest deception is when people take Scripture and interpret the application of that Scripture apart from the death, burial, and resurrection of Jesus. It’s based on something that was true, but denies the greatest truth.

All that we believe must be filtered through the cross of Christ. We must ask ourselves this question: “Is this supporting or denying what Jesus accomplished through His death, burial, and resurrection?” 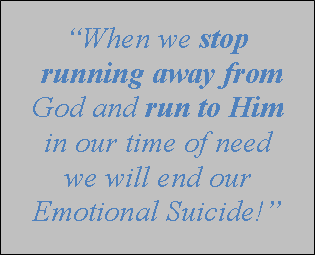 When I hear a preacher talk about sin it makes me so angry and I feel like such a failure. 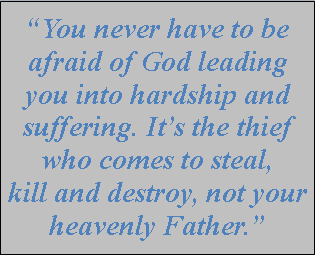 Why did Jesus ask God to not lead us into temptation? 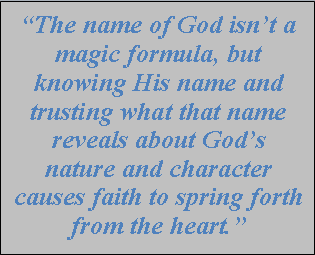 What did Jesus mean when He said to pray “Hallowed be Thy name?” 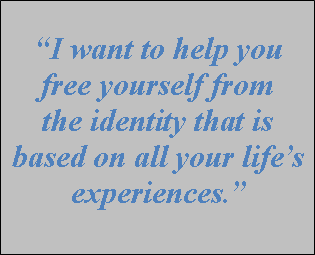 I hear you talk a lot about our identity, but I still struggle with recognizing my identity in Christ.