God Created You to Heal Physically and Emotionally

Before God created the universe He first conceived the world He wanted in His heart. In Genesis when it says “God said,” that word for “said,” according to many Hebrew scholars, has more emphasize on what He first conceived in His own heart before He spoke.  Once He conceived it in His own heart He spoke words that had a particular intention. When those words were spoken they were infused with the power to accomplish the goal, the information needed for all things that would be created and an organizing intelligence to bring it all together in an orderly manner. The power was the Spirit who moved on the face of the deep. The information was that which He had conceived in His heart. The organizing intelligence was wisdom. 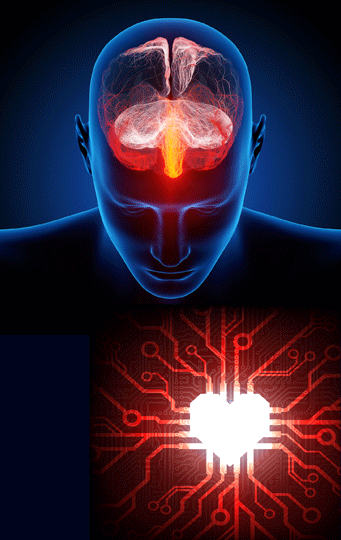 Most of us are familiar with the concept of power and information in the words God spoke, but we may have never considered the organizing intelligence called “wisdom.” The Bible tells us in Proverbs that wisdom was present with God before the actual creation. Read and ponder the following Scriptures and your heart will dance with joy as you come to recognize what this means for your health and wholeness!

This may seem insignificant until you connect those verses with the following truth: “Then God said, Let the earth bring forth grass, the herb that yields seed, and the fruit tree that yields fruit according to its kind, whose seed is in itself, on the earth”; and it was so. And the earth brought forth…” (Genesis 1:11-12).

While there were specific animals God made, and He certainly created man, the earliest, most basic forms of life on Planet Earth came forth from the earth. In other words, the wisdom (organizing intelligence) God injected into our universe was able to use the information and power to bring about some of the most fundamental forms of life.

One fact the Bible reveals, which has now been supported by modern science, is that given all the precise factors that must be present in earth and in the entire universe, our universe was uniquely and specifically designed to support life! Mathematically, it is completely impossible, given the age of our universe,  that this could have happened randomly. This was the wisdom of our God, Father and Creator!

Likewise, when God created man He formed his body out of the dust of the ground. Our bodies were uniquely designed to thrive in a universe constructed to bring forth and sustain life. The Spirit He breathed into us is always seeking to move us toward health, healing, peace, joy, love and all the good things life in God has to offer! He even went a step further and had Jesus become our sin and carry all of our sickness, disease and infirmity, both emotionally and physically, so we would never have to bear them. God has always intended for us to have abundant life at its best!

By now I’m sure you’re asking, “If I am designed to heal emotionally and physically, why isn’t it happening?” All it takes to heal both physically and emotionally is to believe and harmonize our being with God’s reality! When we do, all that God breathed into the universe and all He breathed into your body organize to bring you to wholeness! Let me give you an example.

We know that a healthy organ has to operate at -25 millivolts. If it drops below that number there will be fatigue, inflammation, disease and eventually death! Amazingly, a human can generate up to and beyond 1,000,000 microvolts of electromagnetic energy in their brain based on what they are thinking and feeling! If we can generate this in our brains and transfer it to our organs not only can our cells heal, they can create brand new organs with new programming!

I invite you to join me in Huntsville, Alabama October 16-18 for our annual Advanced Heart Physics® Weekend. This year’s theme is, How to Get Immediate Results. I will teach the secret of a spiritual mind that transforms the natural body and overcomes the natural mind! I want you to know how to get immediate results as you embrace God’s truth in your heart.

Early registration $149 – Save $50 over regular price.  $75  for second registration of spouse or ministry assistant

With so many people claiming to preach the “truth” it’s hard to know which one to believe. 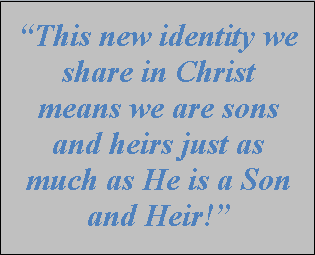 Help me understand the value of identity in Christ! 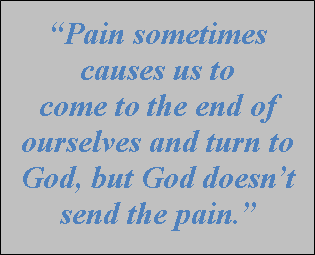 Sometimes I wonder if God really cares about what I’m going through. 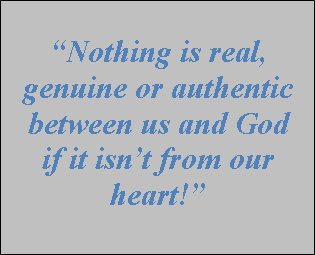 It always seems like something is missing in my walk of faith!