America and the End Times! 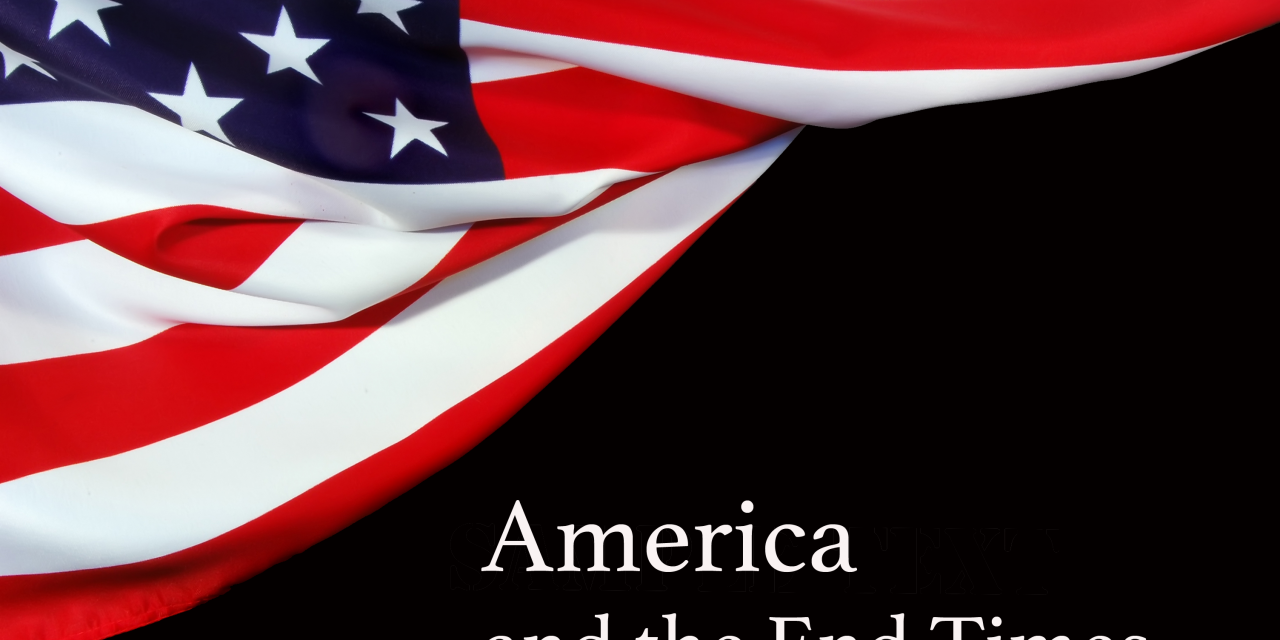 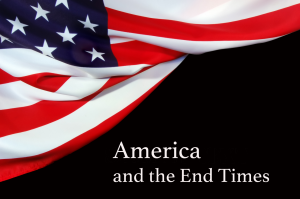 As the world grows darker one of the most common questions I am asked is, “Where does America fit in end time prophecy?” The truth is at some point America, along with all the other nations of the world, will succumb to the oppression of the antichrist and his demonic reign of terror that the Bible calls the tribulation!

People are quick to defend America as a “Christian nation” in the vain hope that we can somehow convince ourselves we will escape the plight of the world. But the Bible made it clear: his anti-God reach will extend to all the nations of the world! Sadly, at this moment the United States seems to be the nation most proactive at bringing forth the antichrist and his league of nations.

Despite our beginnings we are no longer a Christian nation. We are now a lawless nation whose courts, policies, and cultures are no longer rooted in the values, morals, and standards presented in the Word of God! In fact, our leaders are proactively seeking to remove all mention and knowledge of God from our nation.

The early pilgrims came to America seeking true religious freedom. They were looking for a freedom that disallowed the government any interference in our religious beliefs and practices. There has never been a constitutional concept of “separation of church and government.” That is a demonic lie brought about by the conspiracy of the left to remove all knowledge and mention of God from America.

The same freedom that allowed the earliest pioneers to worship God as they pleased allowed another religion to grow as anti-God, antichrist, anti-morals, and anti-values. A closer look at the people who formed this once British colony into a nation reveals something at work that was much less Christian than could have been discerned by the casual observer.

Our nation’s capital is filled with statues to pagan gods. The statute atop the capital building is the goddess of Hades. The entire city of Washington was laid out in observance of positioning buildings much like the temples, ziggurats, and pyramids of old that were set up to be aligned with certain stars that represented an attempt to connect to demonic, supernatural powers.

A simple glance at the back of our dollar bill may tell the tale. There are many explanations for the pyramid with the “all seeing eye” at the top. However, our founders were very educated. For thousands of years it has been known that this is a reference to Osiris, the Egyptian deity, which was, in fact, none other than Nimrod, the founder of ancient Babel, whose evil, diabolical thread is woven throughout all of history.

The majority of end time prophecies concerning God’s judgment make reference to Nimrod, his wife Semiramis, his son Tammuz, and Babylon. Many times the prophecy will use any one of the many aliases given to them by different nations, but this is the evil, diabolical spirit that has given birth to every form of anti-God false religion, idolatry, and martyrdom. It is not until the very end that Mystery Babylon is finally overthrown.

The Latin below the pyramid, NOVUS ORDO SECLORUM, according to some means, “a new order has begun.” The government’s official translation is, “A New Order for the Ages.” The idea of a New World Order is the political counterpart to the religious antichrist. One seeks to rid the world of all knowledge of Jehovah and Jesus to enslave them to Allah. The other seeks to eradicate all religion from the world for the sake of the elite who seek to create a utopian world free of all religion. They are both antichrist and both demonically inspired!

It is said by those who study ancient symbols that the number of bricks on the pyramid represents the ushering in of the New World Order, giving power to the all-seeing eye. The counting of the bricks and what they symbolize represents a time from 1776 to 20112. As nearly everyone in the world knows, all ancient (Nimrod-worshipping) religions of the world predicted the end of an age and the beginning of a new age in 2012. While some extremists tried to use this to predict the end of the world, the more moderate voices said it was the end of one age and the beginning of another.

It is absolutely no secret that the elite in America envision a utopian paradise with no middle class – only the very poor and the very wealthy, enlightened elite. However, in order for this utopia to exist there has to be a complete eradication of any godly (Jehovah-based) values, morals, or principles. The world population will need to be very small; in fact, some say fewer than 500 million.

When America invaded Iraq under the leadership of President George H. W. Bush I remember talking to my wife and telling her “This is the beginning of the end.” War with the Muslims would be a web from which we would never extract ourselves. But imagine my complete shock and dismay when I heard President Bush say, “This is the beginning of the New World Order.” Contrary to what many conservatives think, the New World Order is not just a dream of the left; it is the dream of any national politician who has bought into the system. While the various parties proclaim different talking points, regardless of the party, anyone who is in favor of big government to some degree “drank the Kool-Aid.”

With the election of a president (not the first) who is directly influenced by the likes of George Soros, a man who has destroyed the economy of nations, hates America and Israel, is fully committed to the destruction of both, and is violently opposed to all that represents God, we now have a slight understanding of what it means to “fundamentally transform America.” You see, whatever America may have been, it is now the left hand of the dragon while Islam is the right hand!

The New World Order would love nothing more than for Islam to eradicate Israel and as much of Christianity as possible. Then China could invade the Middle East and kill off Islam. Then Russia could invade China, or vice-versa. All of this war would simply fulfill the laborious task of murdering 6.5 billion residents of the planet without the elite having to dirty their hands, even though they are, in fact, financing and provoking the wars!

If our history tells us anything we, like all other nations of the world, will fall prey to the great harlot. Since there is no direct mention of the United States in end time prophecies, we will either be too broke and powerless to be involved or we will be on the wrong side. History seems to indicate it will be both!

So where does this put the believer in America? It puts us where we should have been all along: looking to our Creator instead of the government for life, protection, and leadership! But be of good cheer, He will never leave us, never fails us and never forsake us (Heb. 13:5)!

The need for God’s incredible grace that transforms us into men and women of power beyond our own capacity is growing exponentially every day! The one hope we have for facing what is happening in Planet Earth is God’s grace.

Our hope and confidence for the future is: Greater is He that is in me than he that is in the world (1 Jn. 44:4)! And He is! Grace is not a doctrine. Grace is not a state of being. Grace is not Jesus… Grace is the same power and capacity that worked in Jesus (Jn. 1:16) working in us through our heart, coming unearned (unmerited favor), and making us able to be in this Earth as He is now at the right hand of God!

One of the greatest scriptural promises concerning the grace of God is simply this: Where sin abounds grace does much more abound (Rom. 5:20). The more darkness prevails in the Earth the more we will experience grace beyond anything we have yet to experience.

We will follow God on an adventure that will be unparalleled in the entire universe. We will see consummation of all things coming together for the return of the Lord Jesus and the establishing of His Kingdom, ridding the world of the unrighteousness that has caused every pain, every sorrow, and every death! We will finally see His Kingdom come, His will be done on Earth as it is in Heaven!

This article is based on the 6-message series entitled When Grace Reigns and Darkness Prevails. For more information click here.