Since the beginning, religious thinkers have looked at those who face hardship and those who succeed, and have mistakenly assumed their plight to be the favor or disfavor of God. Jesus’ disciples were shocked when He announced how difficult it was for those who had wealth to enter the Kingdom (Matthew 19:23). The main reason for their shock lay in their faulty idea that wealth was a sign of God’s favor, while poverty was an expression of God’s personal rejection.

Recall the situation with the boy who was born blind. The disciples were so deeply entrenched in this faulty concept that they asked what possibly became the most ludicrous question in the New Testament, “Rabbi, who sinned, this man or his parents, that he was born blind? (John 9:2, NKJV) How could the boy have sinned before he was born? And why would his parents’ sin cause him to be under the curse of blindness?

Jesus answered the question in a way that brings clarity to every problem we encounter, “Neither this man nor his parents sinned, but that the works of God should be revealed in him. I must work the works of Him who sent me…”(John 9:3-4, NKJV) God is not glorified in figuring out why the problem came. God is glorified in the prob-lem’s solution. Pessimists, legalists, and other negative thinkers are more concerned with who to blame than who to heal!

The search for blame is false nobility that has the appearance of seeking truth and righteousness. As often as not, though, it is a mask for unbelief. If we can make the solu-tions complicated, if we can focus on the problem instead of the cure, we can avoid accepting our respon-sibility to make good choices.

If all else fails, we can follow in Job’s footsteps and blame God for our circumstances, thereby maintaining the illusion of our righteousness. But as God asked Job, “Would
you indeed annul My judgment? Would you condemn Me that you may be justified ?” (Job 40:8, NKJV) 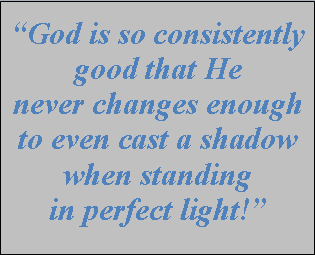 So how does God lead us away from temptation? 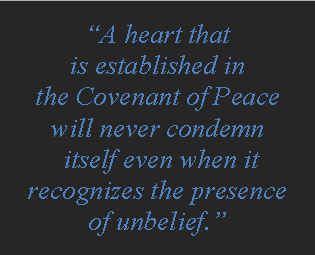 Some days I really believe I’ll experience my miracle, but some days I just can’t seem to believe! What can I do? 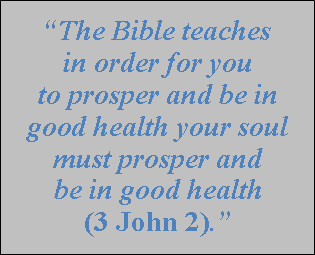 I have been through so much; I just can’t seem to get over my past!